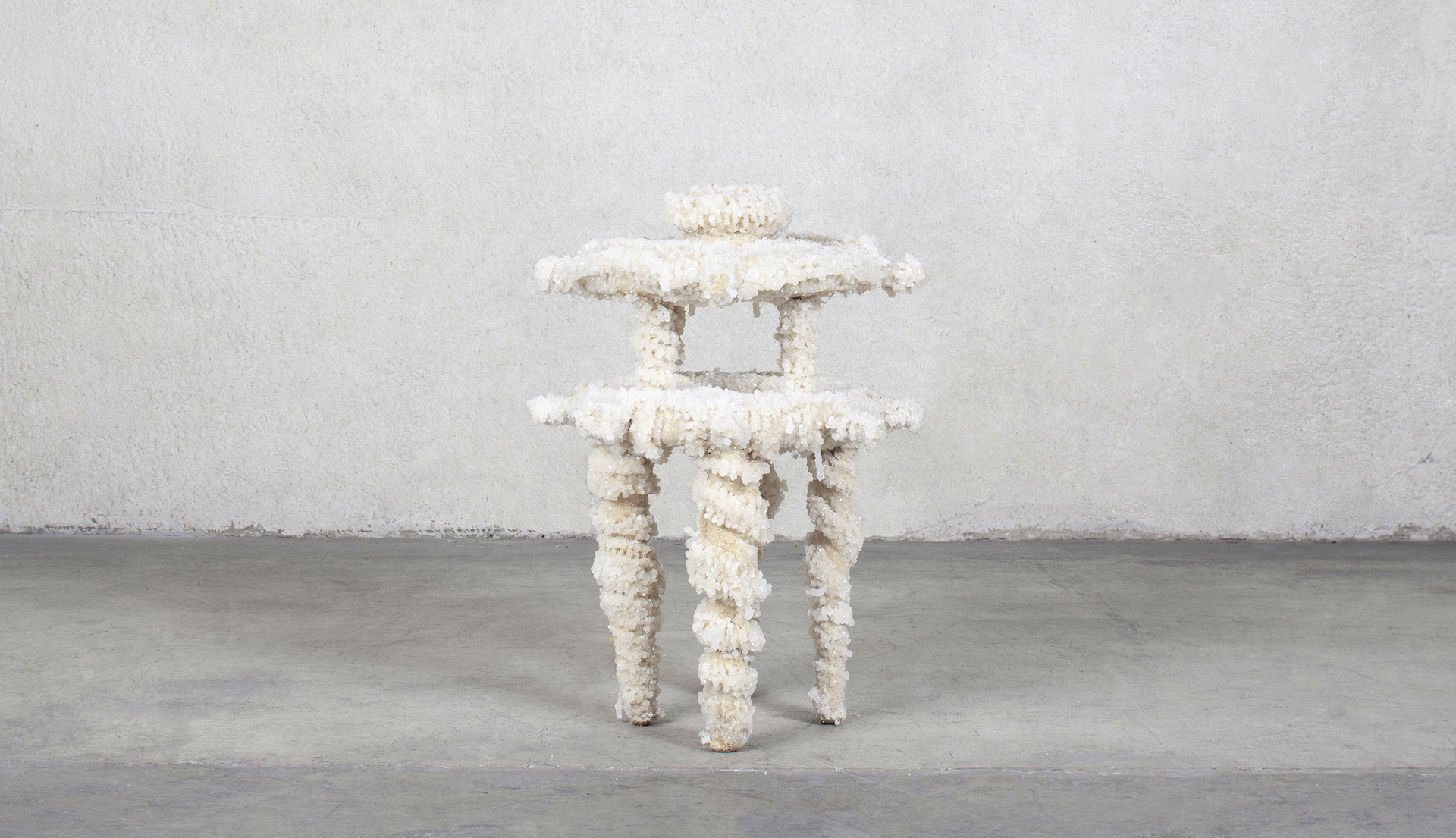 Israeli artist Erez Nevi Pana has created the most stunning, and truly organic, furniture collection incorporating the natural process of crystalisation using the salt from the famous Dead Sea. Developed as part of his PHD and commitment to non-animal or vegan design, the decision to use salt crystals came from a failed experiment to use a vegan glue within his furniture pieces that also used reclaimed materials. The glue was simply not strong enough, whereas the salt crystals created a strong and unique bond and the resulting project became 'Salt'. 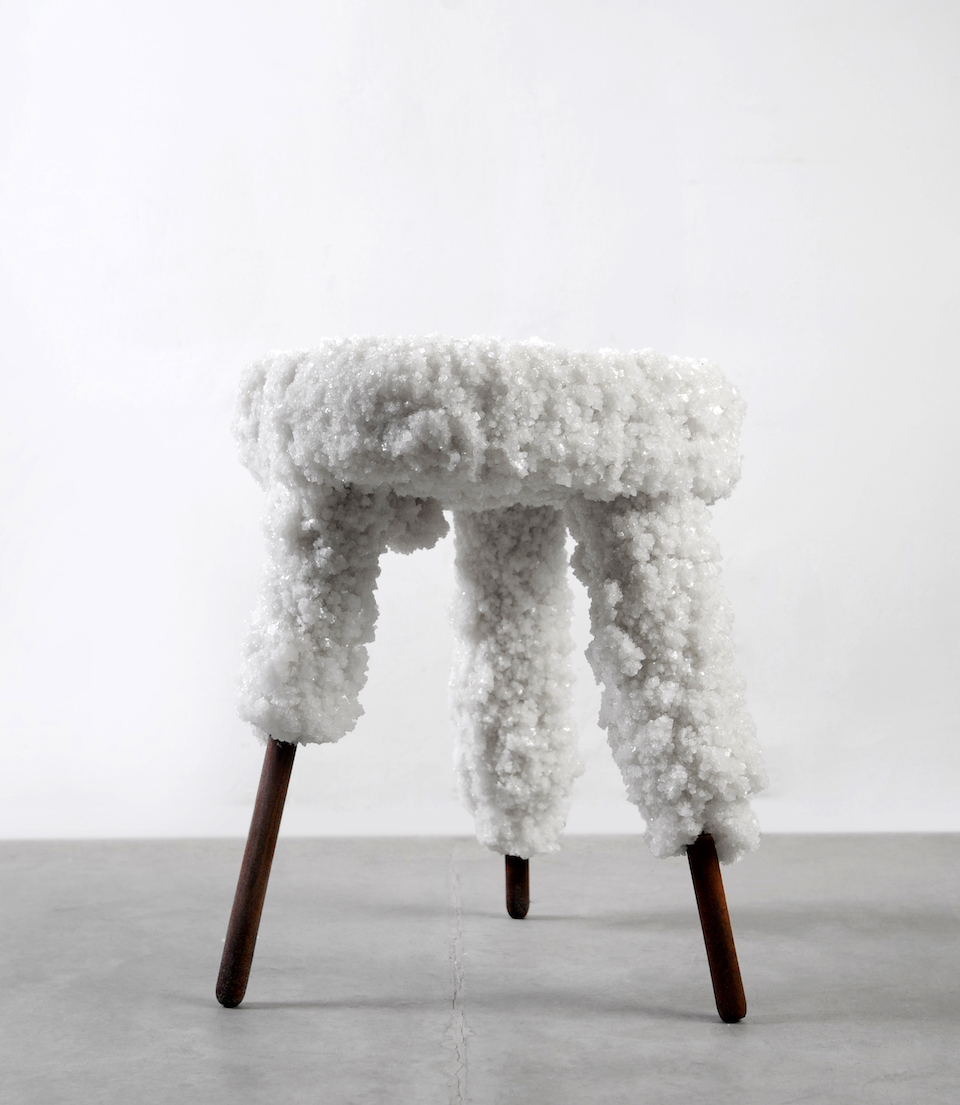 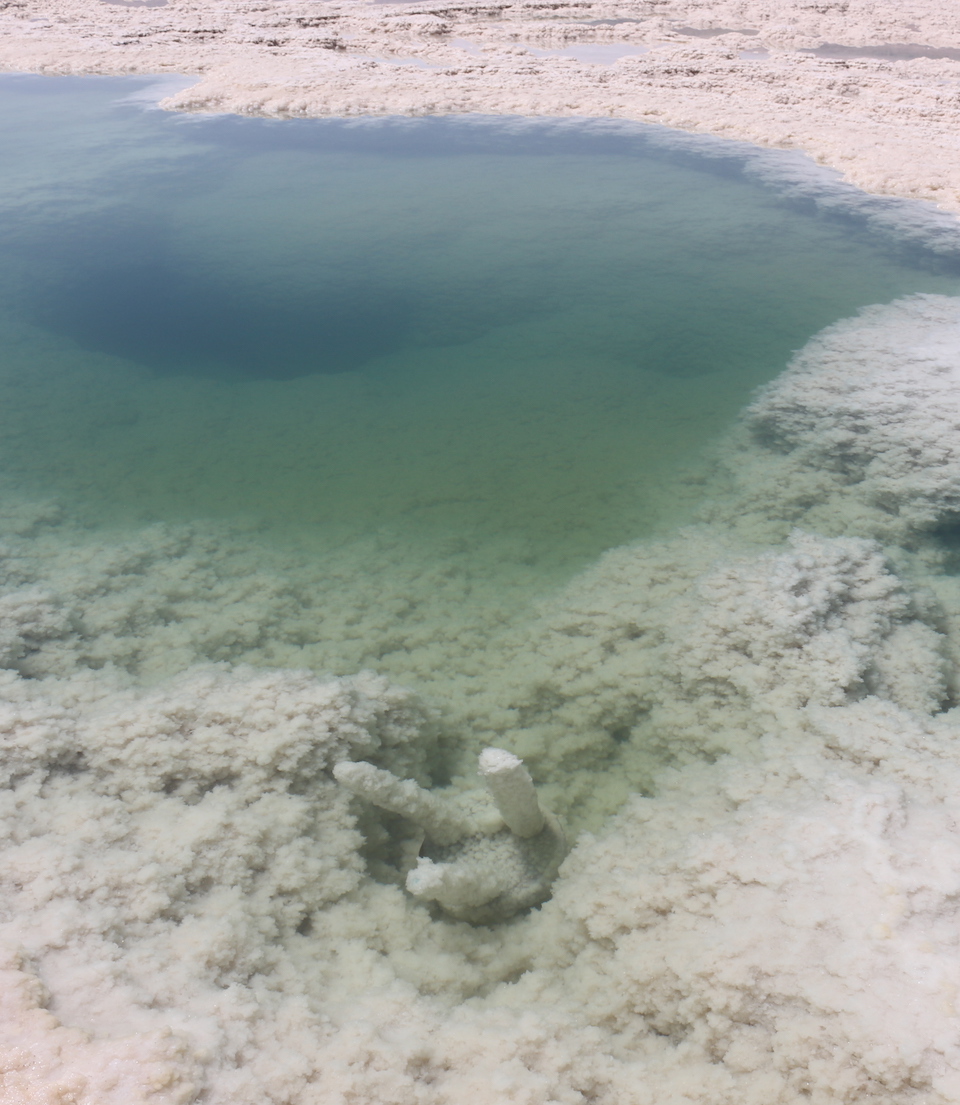 For his subsequent project 'Bleached' he encased his structures in loofah, creating a natural 'salt pump', that when placed in the Dead Sea for a matter of months, emerge with a crystalised 'skin'. Using the power of nature not only offers a slower design process, but the end result is somewhat other-worldly and literally one-of-a-kind. 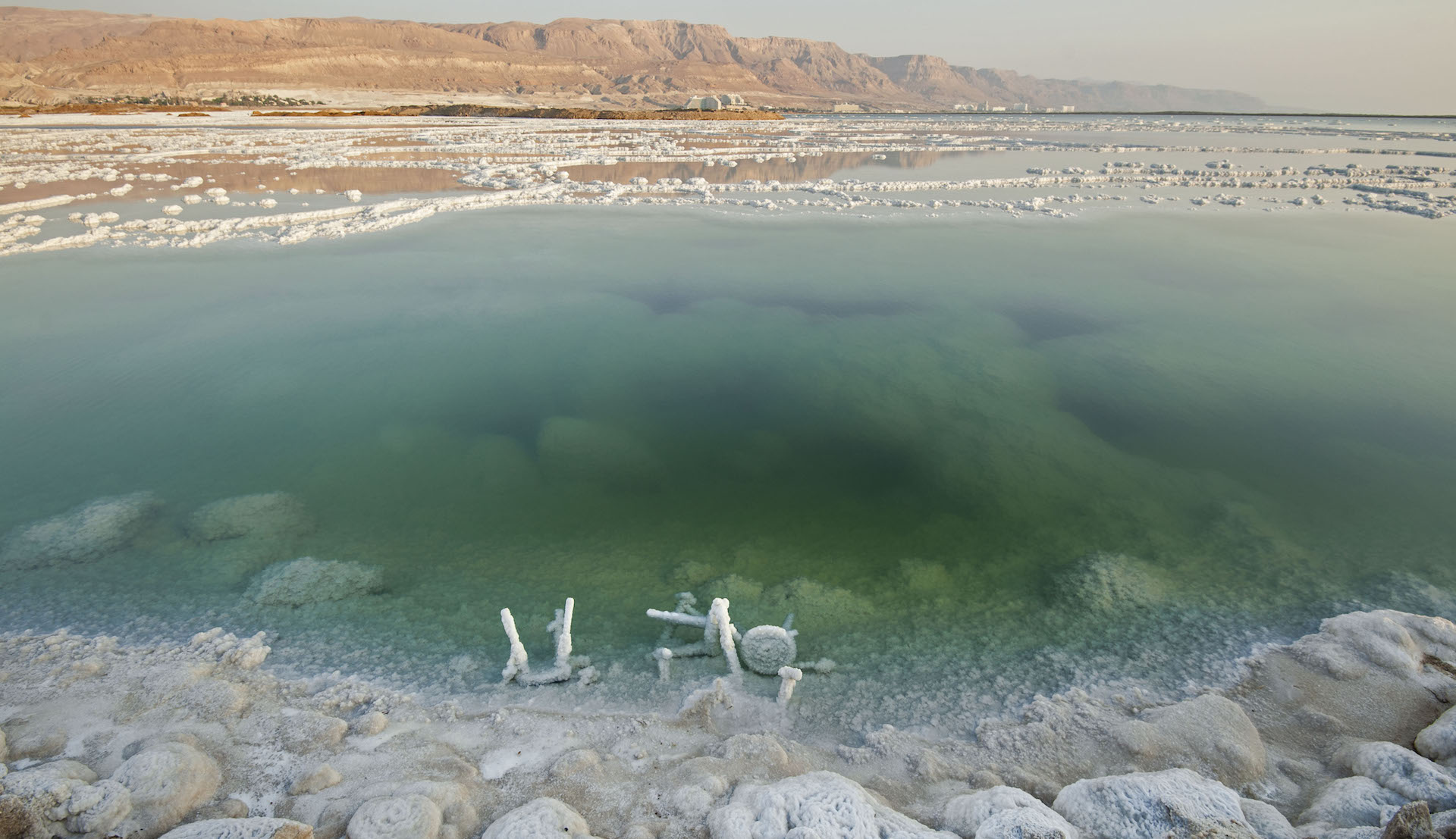 Motivated by the devastating consequences of mineral extraction in the Dead Sea, Bleached is the product of a five-year investigation of the material applications of salt. With this series of works, Erez Nevi Pana wants us to imagine a possible alternative, and constructive outcome from humanity’s interference with nature. 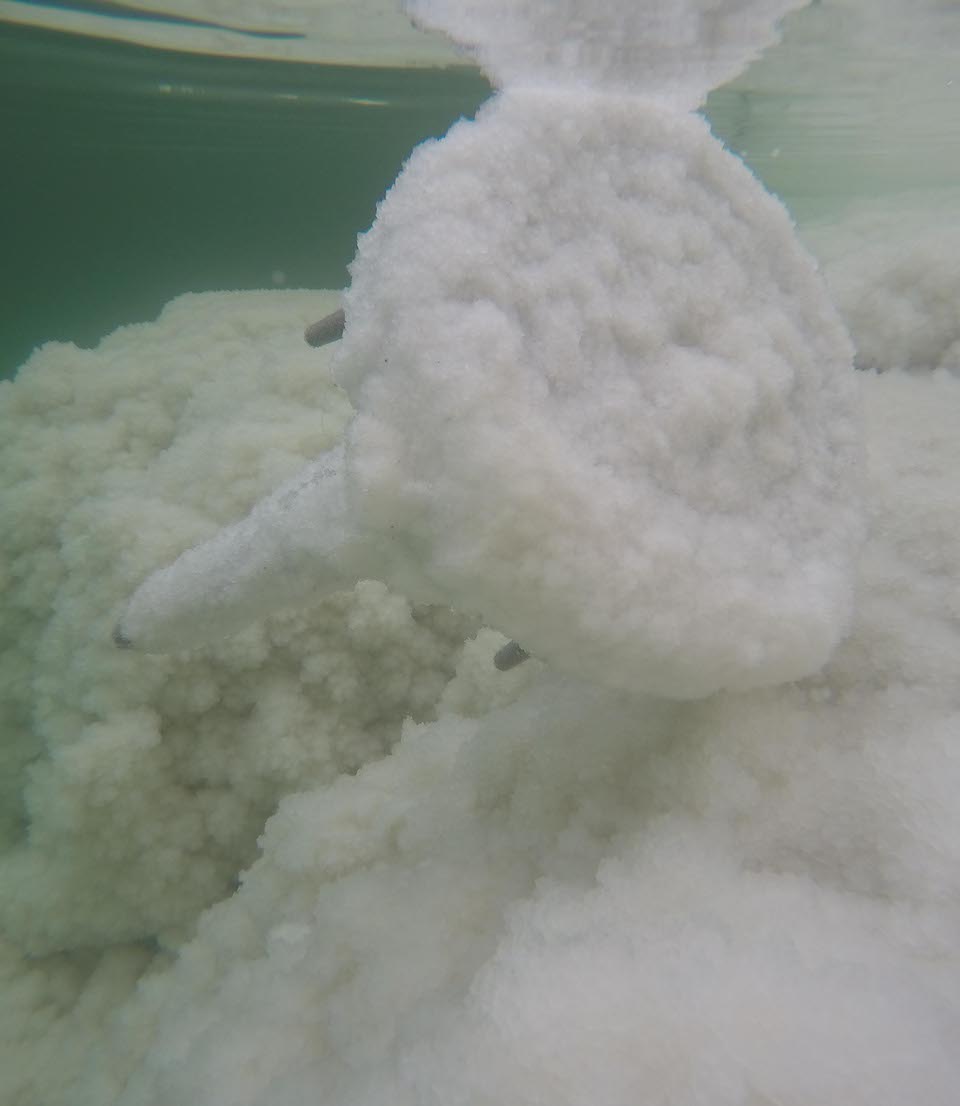 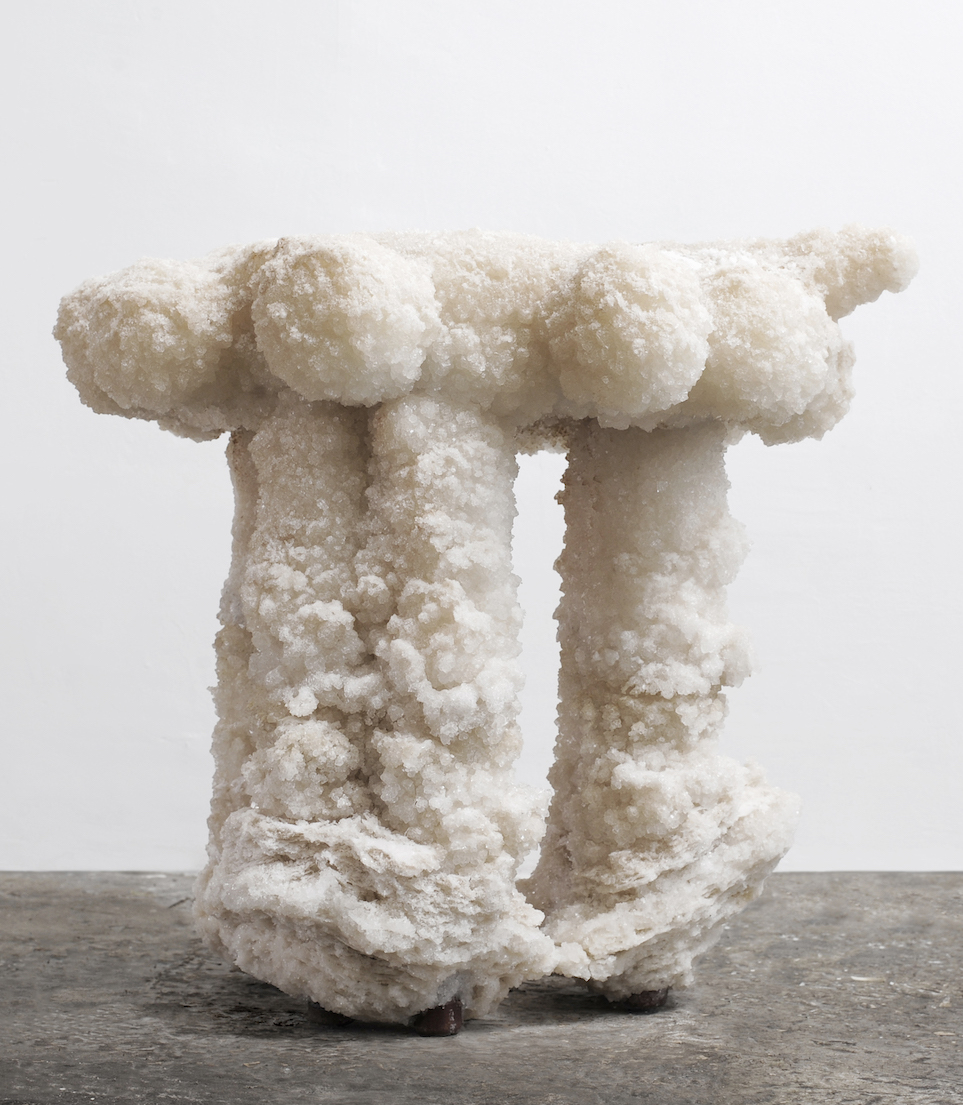 As a vegan and animal rights activist, this helps define his practice and is the focus of his doctoral candidacy at the University of Art and Design in Linz, Austria.  Last year he exhibited both Salt and Bleached in his first solo exhibition in New York with the renowned gallery Freidman Benda.

Erez Nevi Pana is also part of a collective known as La Terrasse which is a platform for designers, artists, writers and thinkers to work closely together, share their idea on a central theme and realise their visions; that he formed after completing his Masters at the prestigious Design Academy Eindhoven. 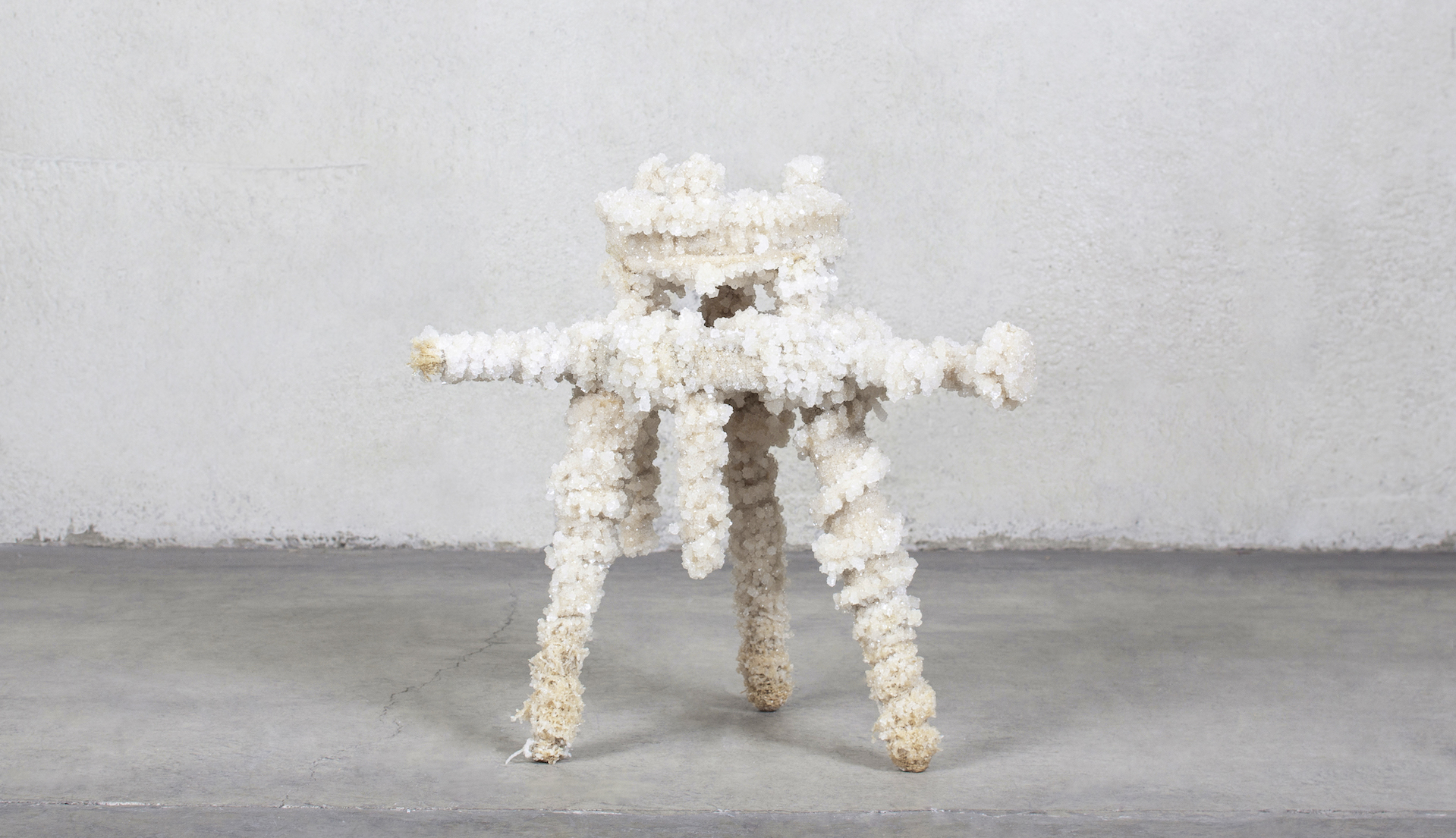