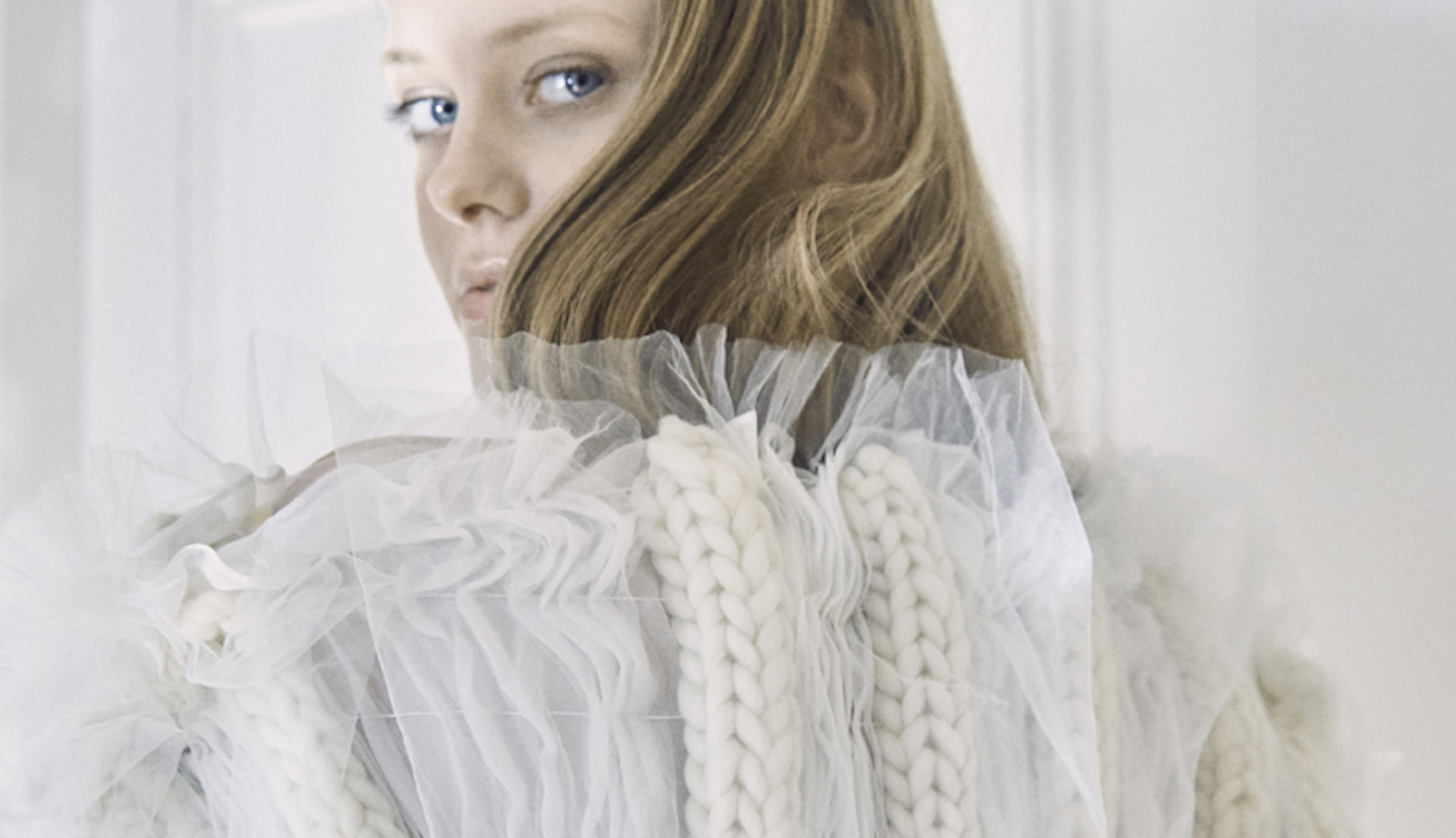 The Entire Memory of You

The concept behind womenswear designer Pauline Dujancourt’s stunning collection ‘The Entire Memory of You’ is broken relationships and what remains from past loves. The depth of which was discovered through her own intimate, and visceral research.

Offering a seemingly-simple choice to those that had experienced heartache of ‘remembering’ or ‘erasing’ past relationships, and if they could save certain memories what elements they wished to retain. Many chose personal and cherished keepsakes and items of clothes, especially those that were soft and cocooning, such as knitwear. 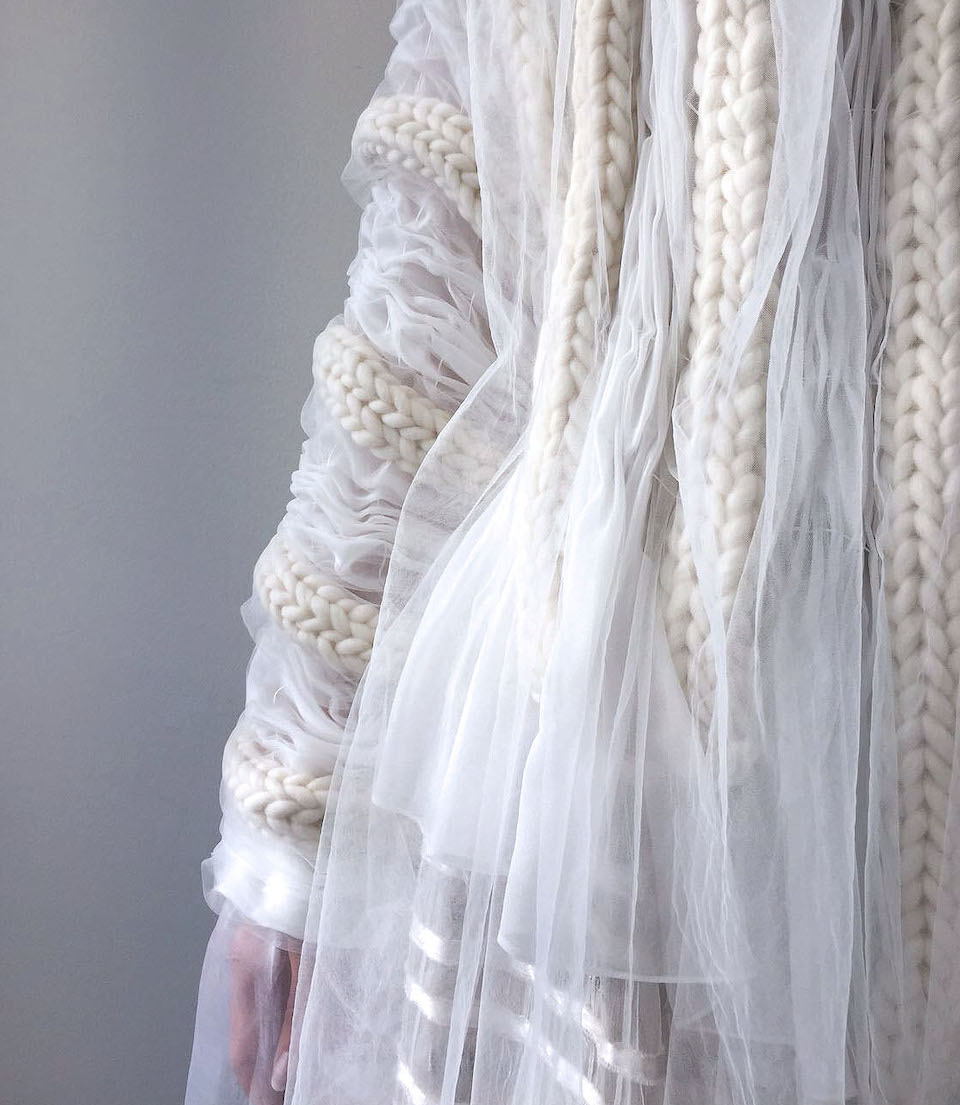 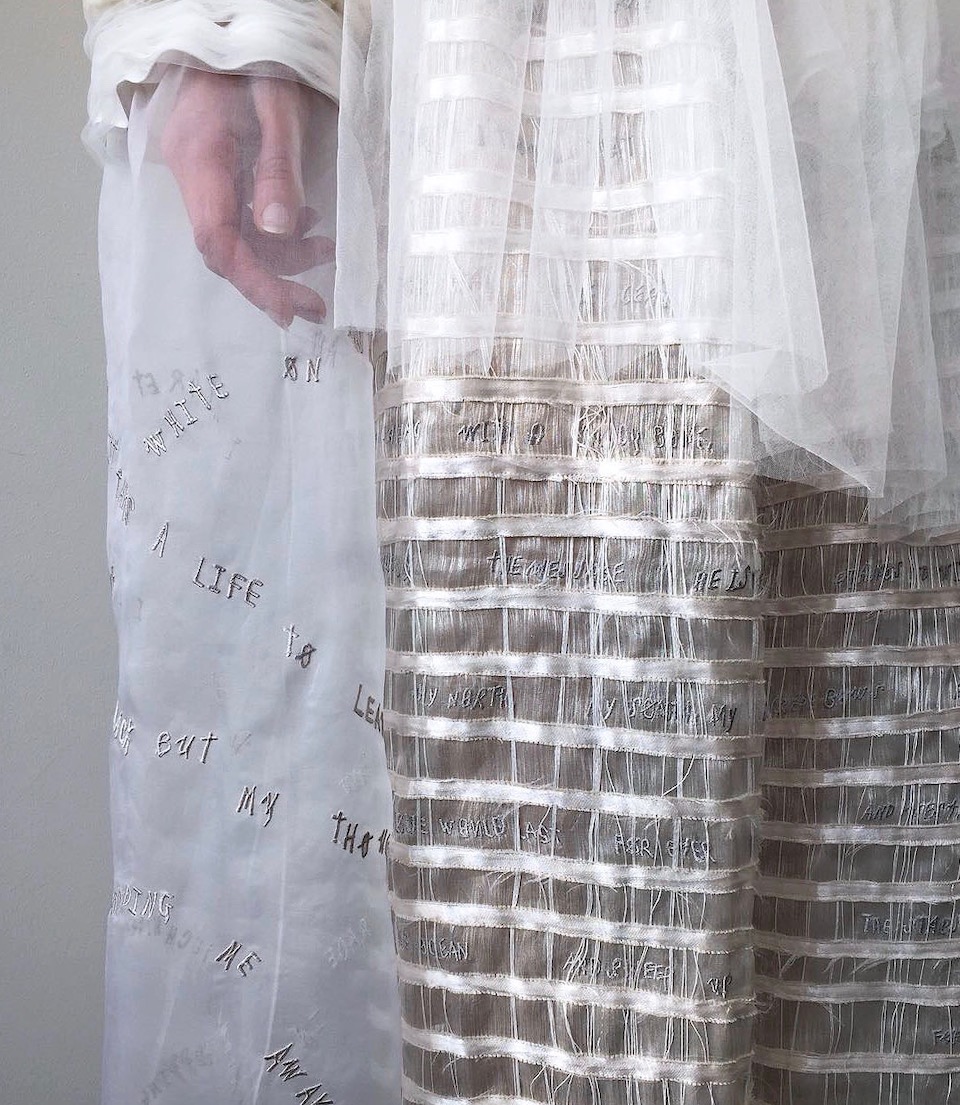 For the collection, Pauline referenced this dichotomy between wanting to forget, but not be forgotten, which she translated into concepts around tension points and contrasts. By linking stripes of woven and knitted materials together she was able to symbolise the idea of ‘being there, but not existing at the same time’.

The fragility of the relationships was further symbolised by the notion of ‘hanging by a thread’ that she was able to develop into her textiles and silhouettes, although the delicate ‘ready to break’ nature of her pieces being just an illusion, with the designs more robust than they first appear. 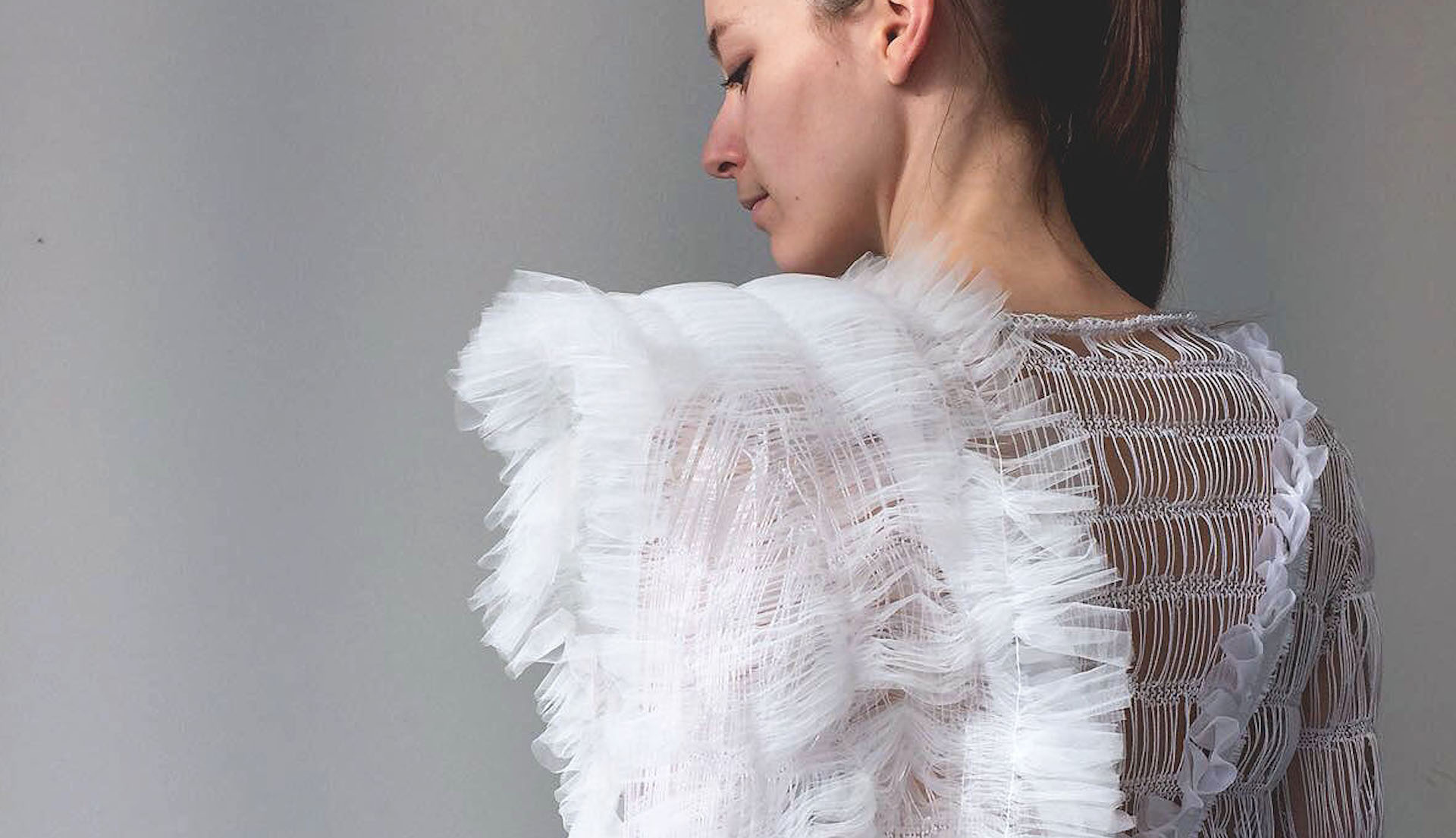 Throughout ‘The Entire Memory of You’ collection Pauline wants to communicate, to the wearer of her clothes, the special emotional relationship she has with each design and the attention and effort given to these handmade pieces. Something she hopes will last and age like the relationships they represent.