Totomoxtle by Fernando Laposse harnesses the beautiful spectrum of colours found in the husks of heirloom corn to create a sustainable collection of objects, as well as helping the regeneration of traditional agricultural practices in Mexico.

Ranging from deep purples, to soft creams, Totomoxtle showcases the range of species of native corn that exist in Mexico. Each husk is carefully cut and peeled off the cob, ironed flat and glued onto a paper pulp or textile backing, which can then be cut by hand or laser into small pieces that are reassembled to make marquetry for furniture or interior surfaces. 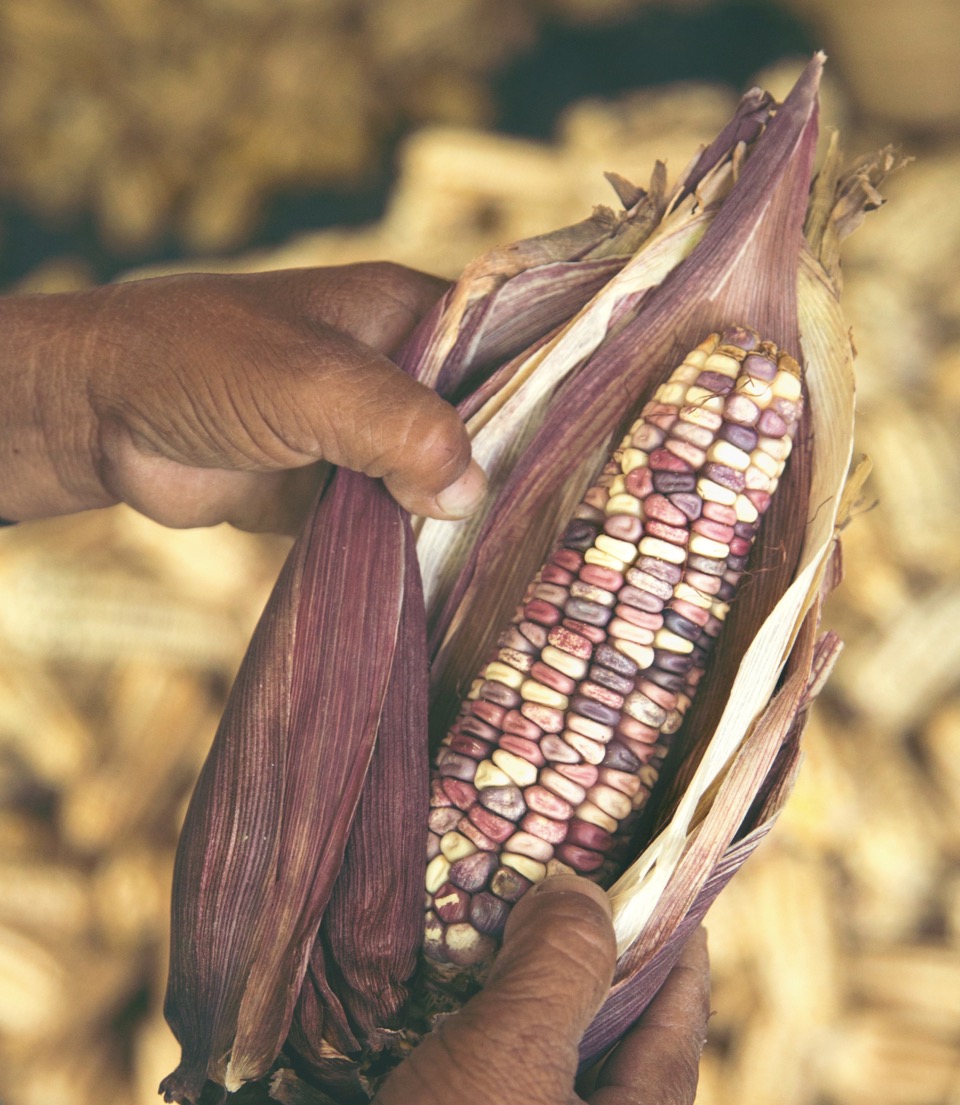 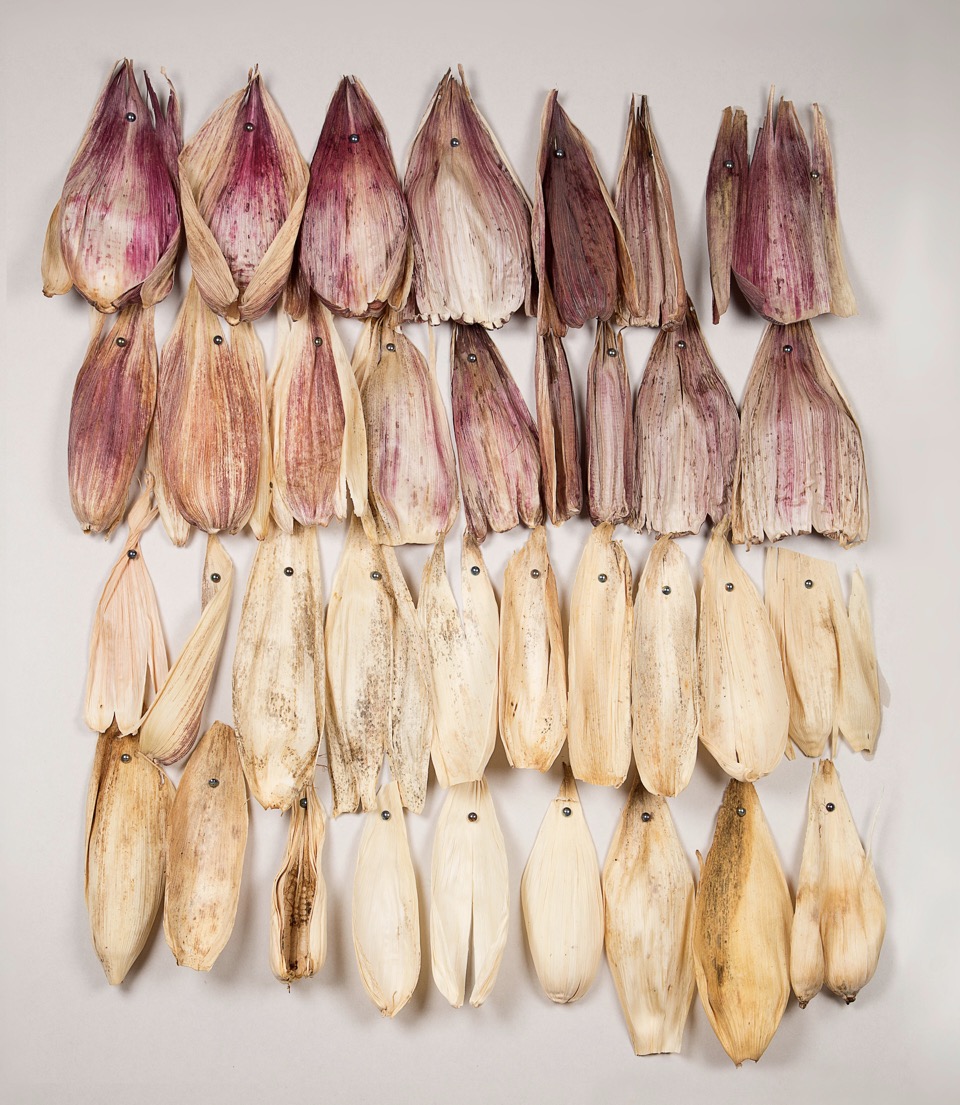 What is commendable about this project is that it goes far beyond simply aesthetics. Totomoxtle focuses on revitalising traditional agricultural practices, and at the same time providing income for impoverished farmers and conserving biodiversity for future food security. Tototmoxtle operates in partnership with the community of Tonahuixtla, a small village of Mixtec farmers and herders in a remote area of the state of Puebla in south west Mexico. Tonahuixtla, like many indigenous communities in Mexico have seen their traditional lifestyle threaten by these global socioeconomic factors which are beyond their control.

Surprisingly the bulk of the global maize production is destined to be transformed into secondary products which range from sweeteners for processed foods to plastics, fuel, and animal feed, with only a fraction of it being produced for direct human consumption. Because of this, maize seed development has focused on efficiency and standardization rather than nutritional quality; with high yielding, industrial hybrid varieties that are grown using heavy doses of fertilisers and herbicides now the norm. 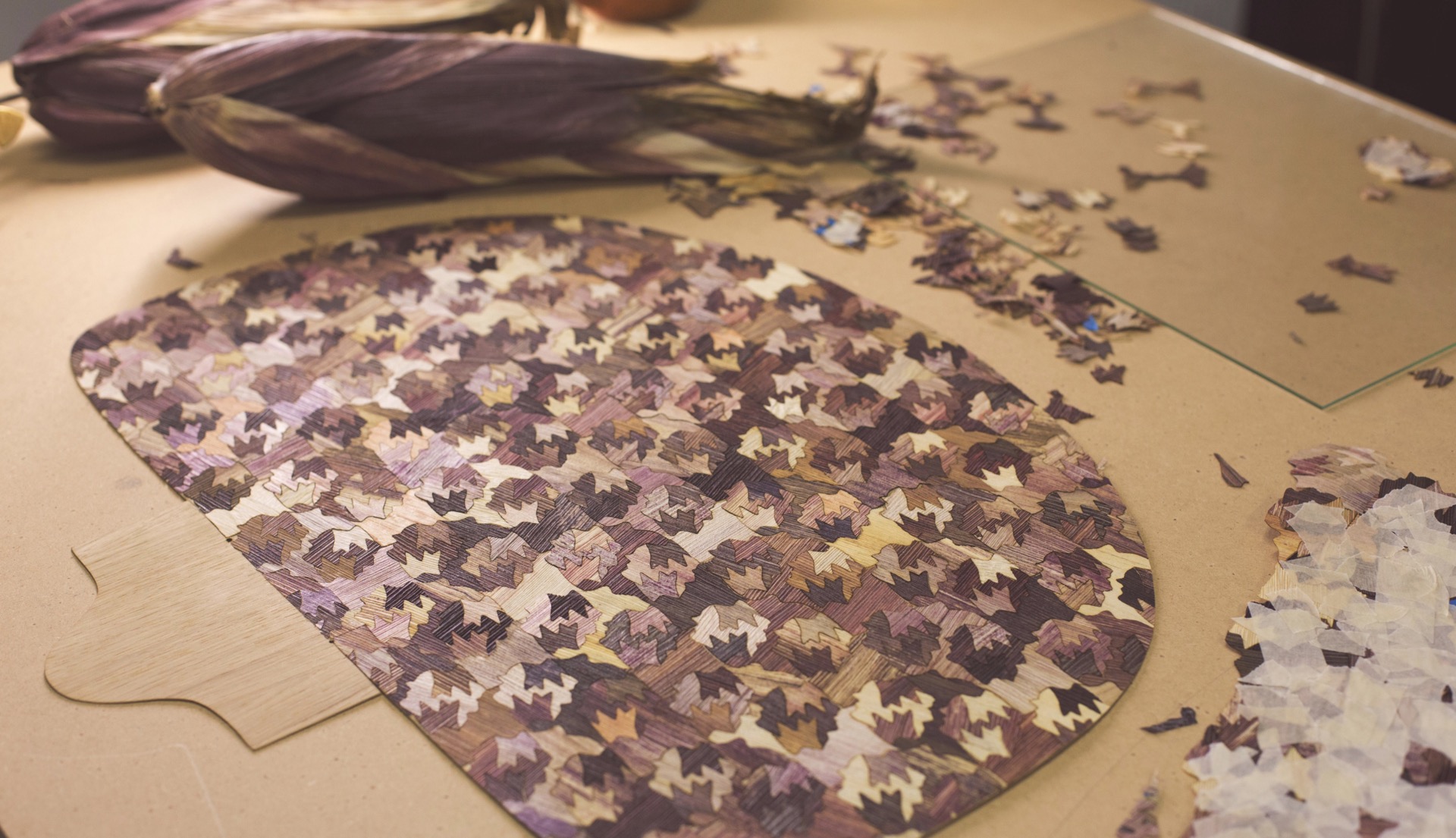 Through the use of these modern techniques in the region, this has had also had additional disastrous consequences, as it broke the delicate balance that had allowed Mixtecs to plant corn in the arid mountains for hundreds of years. The use of herbicides forced them to abandon their policulture “milpa” system where the land is kept fertile by simultaneously planting corn black beans and pumpkins as only hybrid corn is capable of resisting such toxins.

Added to this the pressures that came with the arrival of industrial agriculture to the area and the lack of employment opportunities have caused a mass migration, the erosion of the land and the loss of native seeds. 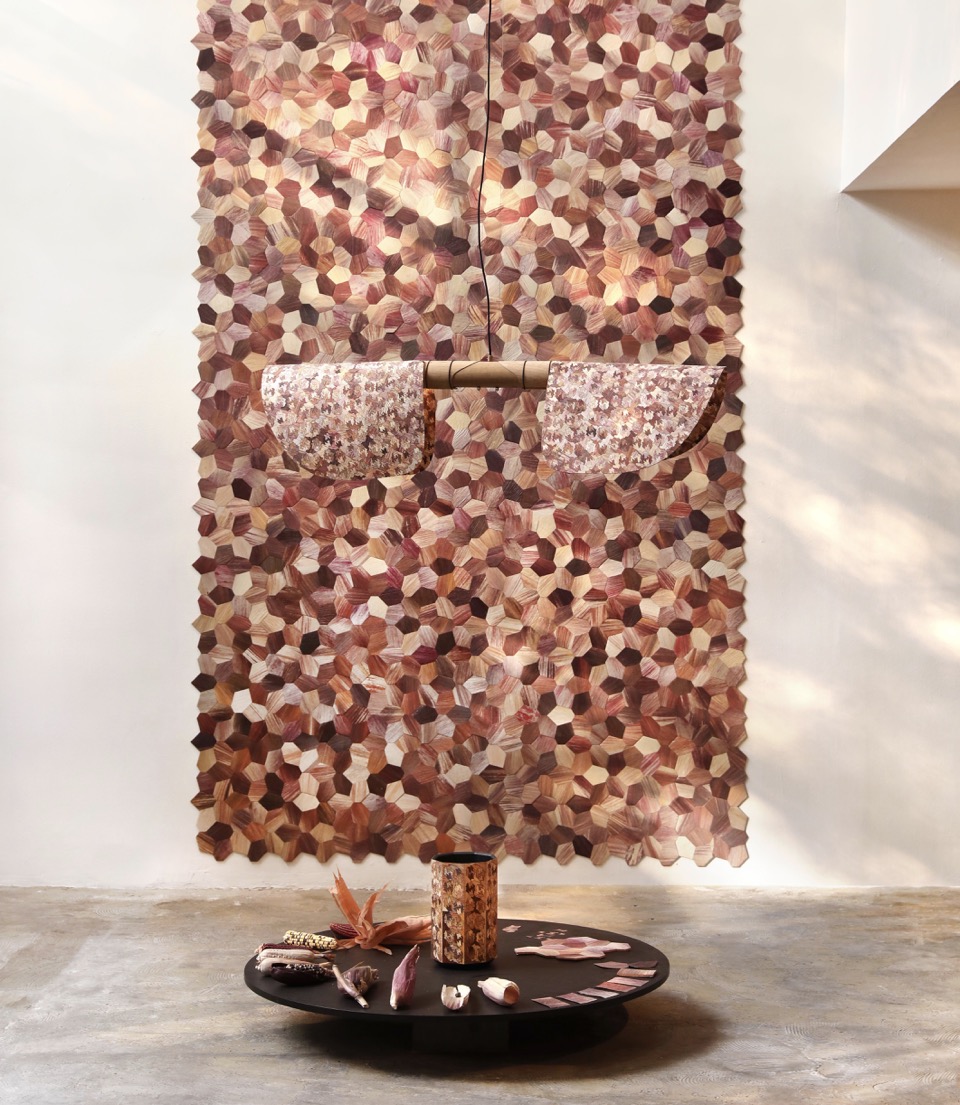 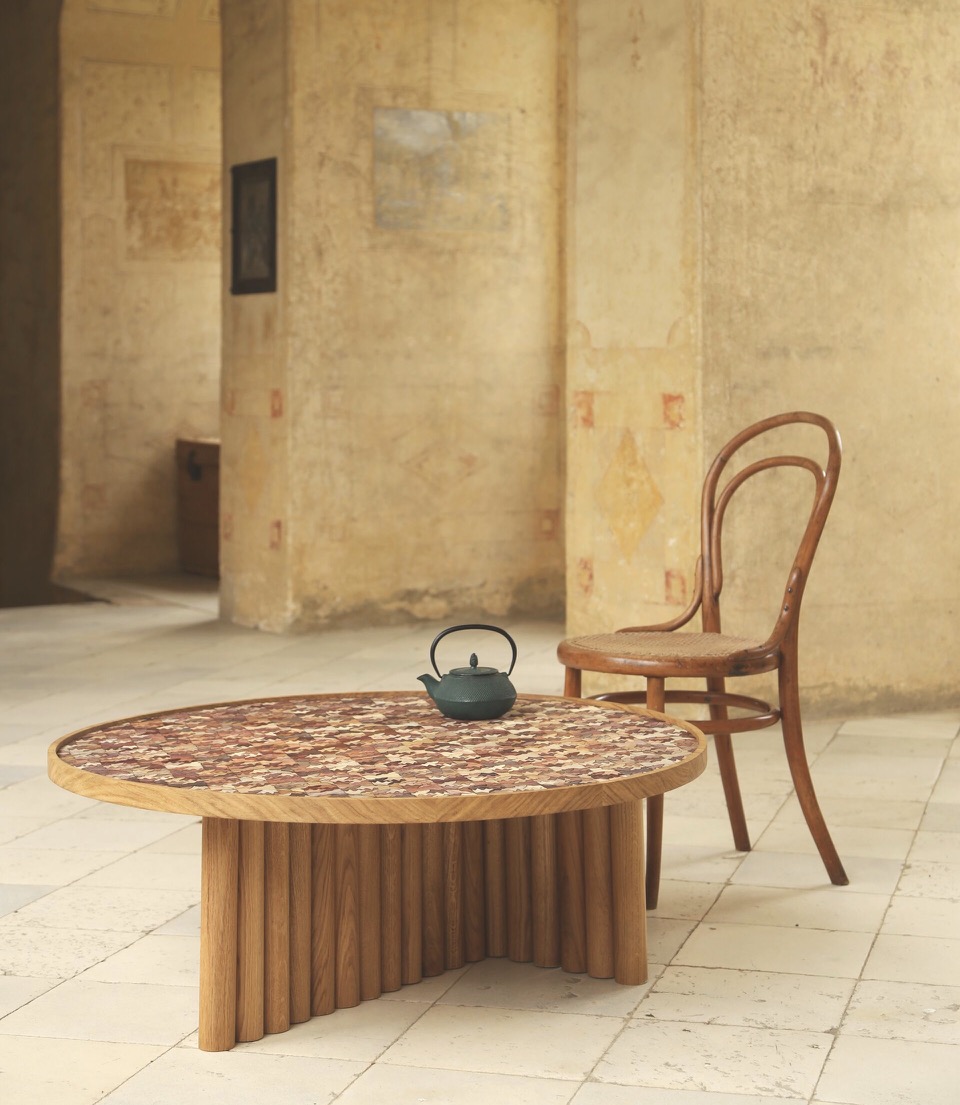 Fernando Laposse through the Totomoxtle project has helped to tackle many of these issues head on. By working in collaboration with CIMMYT the largest maize germplasm and seed bank in the world, who provided new seeds from their vault and technical know-how, after two years native corn is finally back in Tonahuixtla.

Totomoxtle is also supporting the local economy, working with families and particularly young mothers who work on transforming the husks into the final material. Less physically demanding than working in the fields, it also leaves time for them to take care of their children while earning more than their male counterparts.

With everyone working together they are all trying to reverse the tide, returning to the traditional agricultural methods that have been used for centuries, ensuring crop preservation and diversity, and at the same time creating a vibrant community and stunning products. 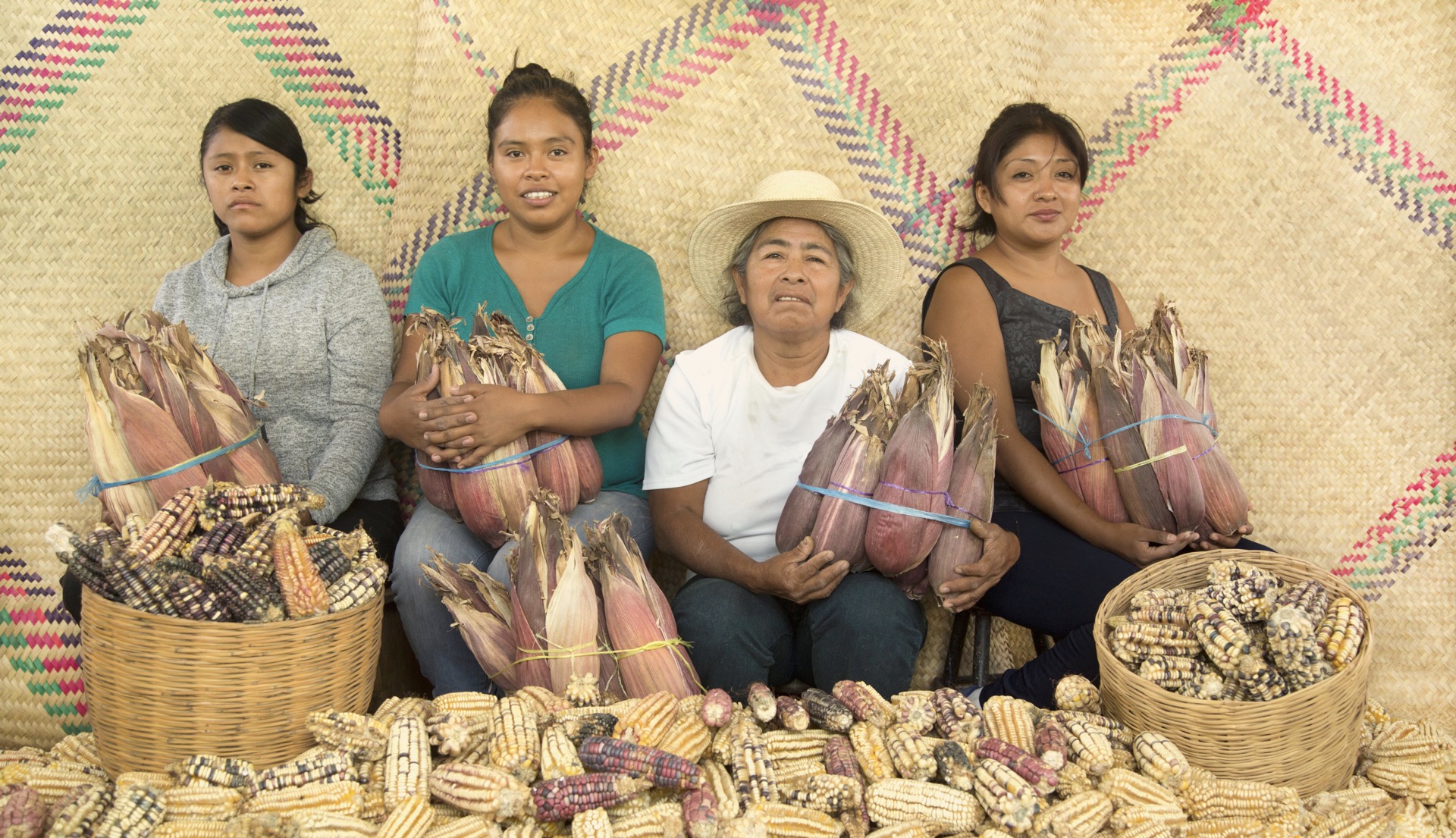